The mission of the Southeastern Junior Golf Tour is "To provide opportunities for junior golfers to compete in organized golf tournaments, on quality golf courses, under the USGA Rules of Golf, in order to increase their skill and knowledge of the game of golf."

The Southeastern Junior Golf Tour is in its 27th season and is looking forward to another quality year of competitive golf.

The Primary Goals of the SJGT: 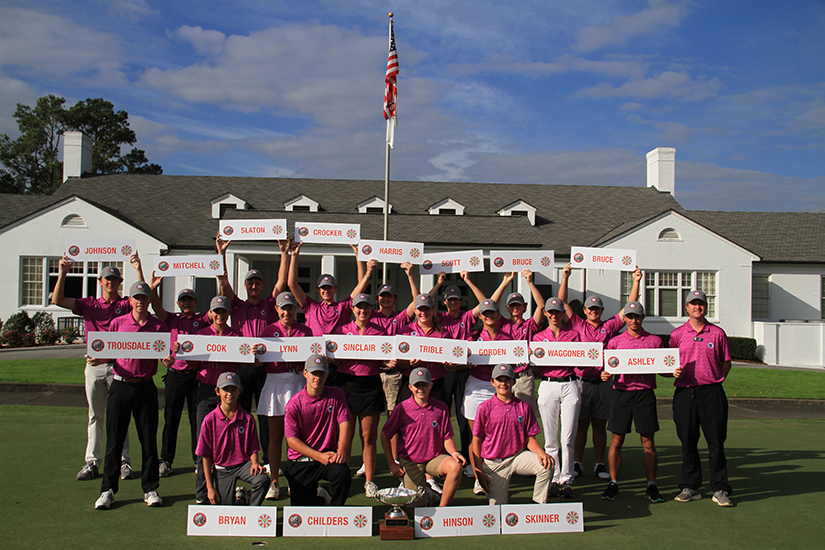 Eligibility: The SJGT is open to all females and males between the ages of 12-19. Age is determined upon the first round of a tournament. A player may not compete in a tournament once he or she has reached the age of 20 or enrolled in college.

Entries will open Wednesdays at 9:00 AM CST and will close at midnight the same day. Entry dates can be found on our website (sjgt.com), on our social media and in emails sent to members. The entry period may be extended to fill a field if it does not fill up on registration day. Once the entry period closes we will look at the number of entries received and how these entries fill the five different divisions with our goal being to provide ample competition in each age group.  The field will be posted Thursday morning after the registration period closed.

The first players we will consider placing into the event will be the previous year’s champion at that event. Next, any local players that registered during the entry period will be considered.  If we are in a large metropolitan area (Atlanta, GA or Birmingham, AL for example) a player will be deemed local if he or she is a member of the specific club where we are scheduled to play. Third, we will look at those players who signed up for a previous event but did not get in, and this is their first entry after the tournament in which they were designated an alternate. Any player on the alternate list for a tournament will be entered into the next event in which they register.  (Example: The 2021 Brunswick Junior Classic is sold out. Anyone who signed up on time would be put on the alternate list. One alternate registers next for Hampton Cove, another registers for Montgomery CC. Both players would be placed in those events because they were on an alternate list for Brunswick.) Moving forward we will put a player in the first event in which they register after being an alternate in order to make the registrations more equitable, to make sure a player is not on the alternate list time after time and to eliminate the stress of having to be at your computer at a specific time. We must emphasize that the time you sign up will matter when we look to fill the field and for the alternate list but it is no longer the only deciding factor.

The only alternates that will receive this benefit will be those who sign up on the specific entry day.  A member cannot sign up a day late and go on the alternate list and then expect to be entered in the next tournament they sign up for. The alternate list for each tournament will be printed from the entries received on time for future records.

*Please note: alternate lists do not carry over from one year to the next. At the beginning of each calendar year the alternate list will start again.

To summarize, the tournament will be filled with past champions first, local players second, alternates from a previous tournament third and then the remainder of the field will be filled on the first come first serve basis. As mentioned earlier the entries are time stamped so your alternate number will be based on when we receive the entry for every tournament and the fields will be posted the Thursday after registration closes.